Nearly half of Canadian kids live in ‘child care deserts’

Almost half of Canadian children live in “child care deserts” where there aren’t enough spaces in licensed daycares to go around, a situation that may force parents to leave their jobs at least temporarily to care for their kids, a new report suggests.

The study, released Thursday by the Canadian Center for Policy Alternatives, estimates that 776,000 Canadian children live in communities where at least three children are competing for one spot in a licensed daycare. That shortcoming affects 44 per cent of all non-school-aged children, researchers found.

The study did not account for unlicensed daycare options – such as unlicensed babysitters or grandparents caring for their grandchildren – because there is no accurate way to measure those arrangements.

The issue is particularly acute in Saskatoon, which is considered one large childcare desert. Other particularly parched areas include Brampton, Ont., Surrey, B.C and Kitchener, Ont., where there isn’t sufficient child care space for an estimated 9 in 10 children.

The best child care coverage was found in Charlottetown and many large cities in Quebec, where there were an average of at least seven daycare spots for every 10 non-school-aged children.

Report contributorMorna Ballantyne said child care deserts are prevalent in Canada because most governments aren’t providing enough funding and because most child care systems are not publicly managed.

The federal government has pledged to provide money for child care to the provinces and territories over the next decade.

But Ballantyne said governments at all levels must still do more to increase the number of licensed daycare spots.

“What we are not seeing to the extent that we need to see is commitments to really develop a publicly managed system,” she told CTV News Channel on Thursday.

“And that means taking child care off the market and starting to see child care as a public service and as a public good.  And that we’re not seeing to the extent that we need to see.”

Ballantyne says parents living in child care deserts sometimes have no choice but to put their jobs on hold to stay home and care for their children – a predicament that has serious economic repercussions.

“So it’s really something that needs to be done not just for individual families, not only for the wellbeing of children, but also for economic growth and sustainability.”

About 9,700 new daycare spaces will be created over the next three years thanks to federal funding, according to plans submitted by a majority of provinces and territories.

The two most populous provinces — Ontario and Quebec – did not say how the federal funding will affect daycare availability.

In Toronto, child care options tend to be focused along Yonge Street, starting at Union Station and running north to Highway 401. But neighbourhoods east and west of the main transit vein tended to have fewer child care options.

Calgary had a similar problem, with high coverage rates in the downtown core that peter out in the suburbs. Neighbourhoods in the city’s southeast and along the Bow River had higher coverage, while communities in the north and southwest generally had lower rates.

Ottawa also had high coverage in the downtown core, mostly situated along the Ottawa River. Orleans, Nepean and rural areas surrounding the suburbs were underserved, the report found.

About half of all children in Vancouver live in child care deserts, researchers say, with only a few pockets of the city with one-for-one rates of children to day care spots.

It’s a much different situation in Montreal, the report found, where high rates of child care coverage blanketed nearly every postal code. Only 4 per cent of children living on the Island of Montreal were considered to live in child care deserts.

In Edmonton, 33 per cent of children live in child care deserts. That’s similar to rates in Halifax,at 31 per cent. Winnipeg had marginally higher coverage, at 44 per cent. 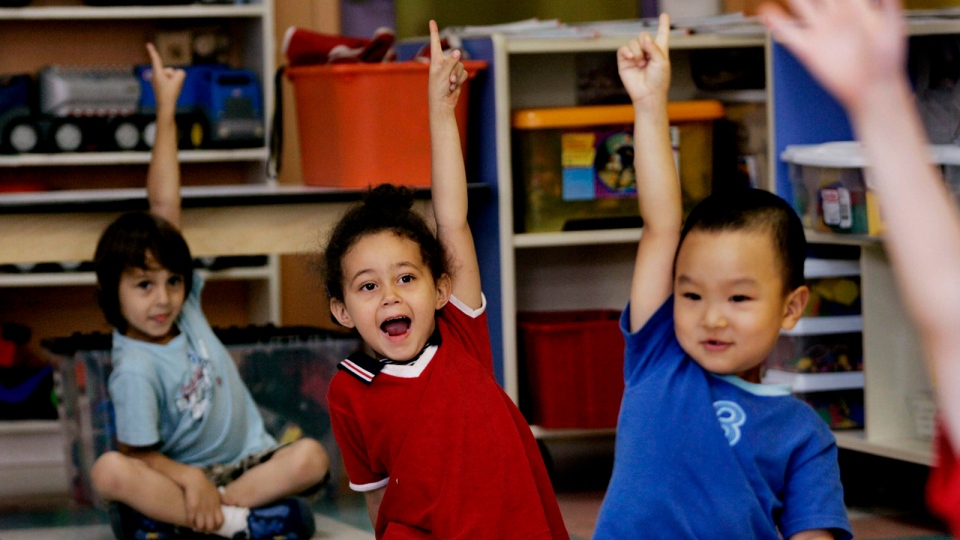